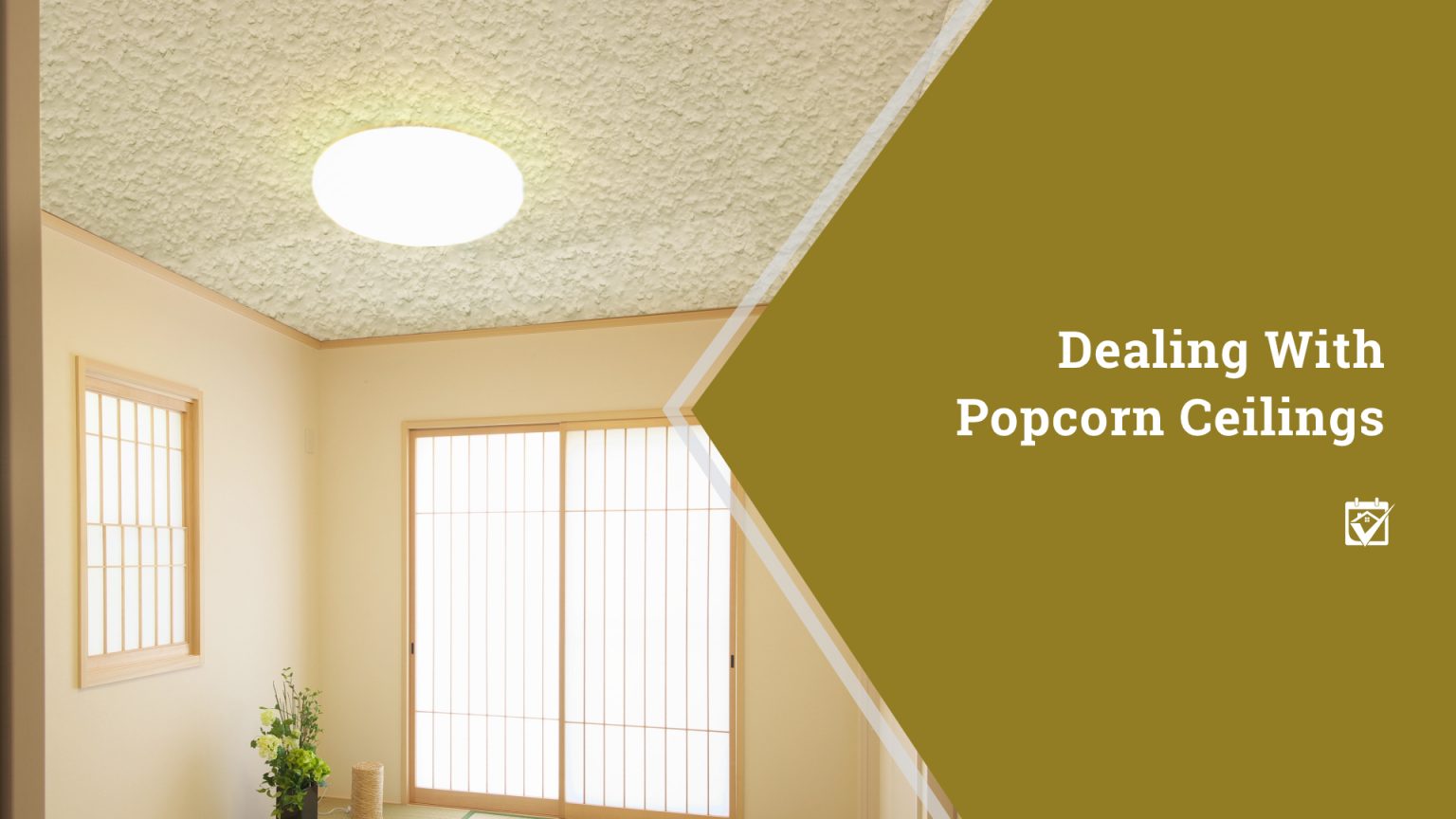 Popcorn is great with a movie or possibly for stringing around an old-fashioned Christmas tree, but it’s a little less universally loved when it’s applied to the ceiling as a texture. “Popcorn ceiling,” a type of texture that looks a lot more like cottage cheese than popcorn, was widely used in homes from the 1950s through the mid-1980s, regardless of architecture style.

A Warning About Popcorn Ceilings
Many popcorn ceiling treatments were manufactured using asbestos fiber, which was legal until the mid-1970s in most states. However, the asbestos-containing compound was still legal to sell until all stores were depleted, so if your home was built prior to the mid-1980s, there’s a significant chance your popcorn ceilings contain asbestos.

Just having asbestos bound up on your ceiling doesn’t pose a significant health risk by itself. The problem occurs when these ceiling materials are disturbed. Dust particles containing asbestos can be inhaled, which is really bad for your lungs. Because of this, it’s important to have an asbestos test on your ceiling materials if you’re considering cutting into or removing portions of it. It’s also vital that you invest in filtration respirators that will capture asbestos particles. And in some locations you may need a permit or licensed professionals to remove asbestos containing materials.

To read the whole article: https://tinyurl.com/yypytmse

I am a licensed REALTOR® with Community & Council Realty Group in GA also licensed in MA & NH. I proudly support equality and equity in housing and all areas of life.
Each office is independently owned and operated.